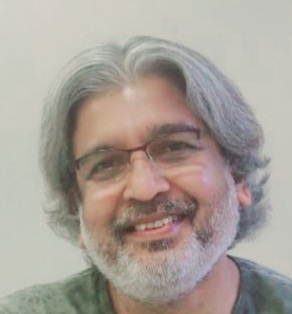 Dr. V.R Menon currently works as DGM (L&D), Mumbai, IOCL. His earlier tenures have been in Retail Sales, Pricing, and LPG Operations. Recently, Dr. Menon was awarded Ph.D by the Indian Institute of Technology Madras and the University of Duisbutrg-Essen, Germany. He won the coveted Institute Award for exceptional research from IIT Madras. Dr. Menon has presented papers on ethics and social responsibility in many national and international conferences 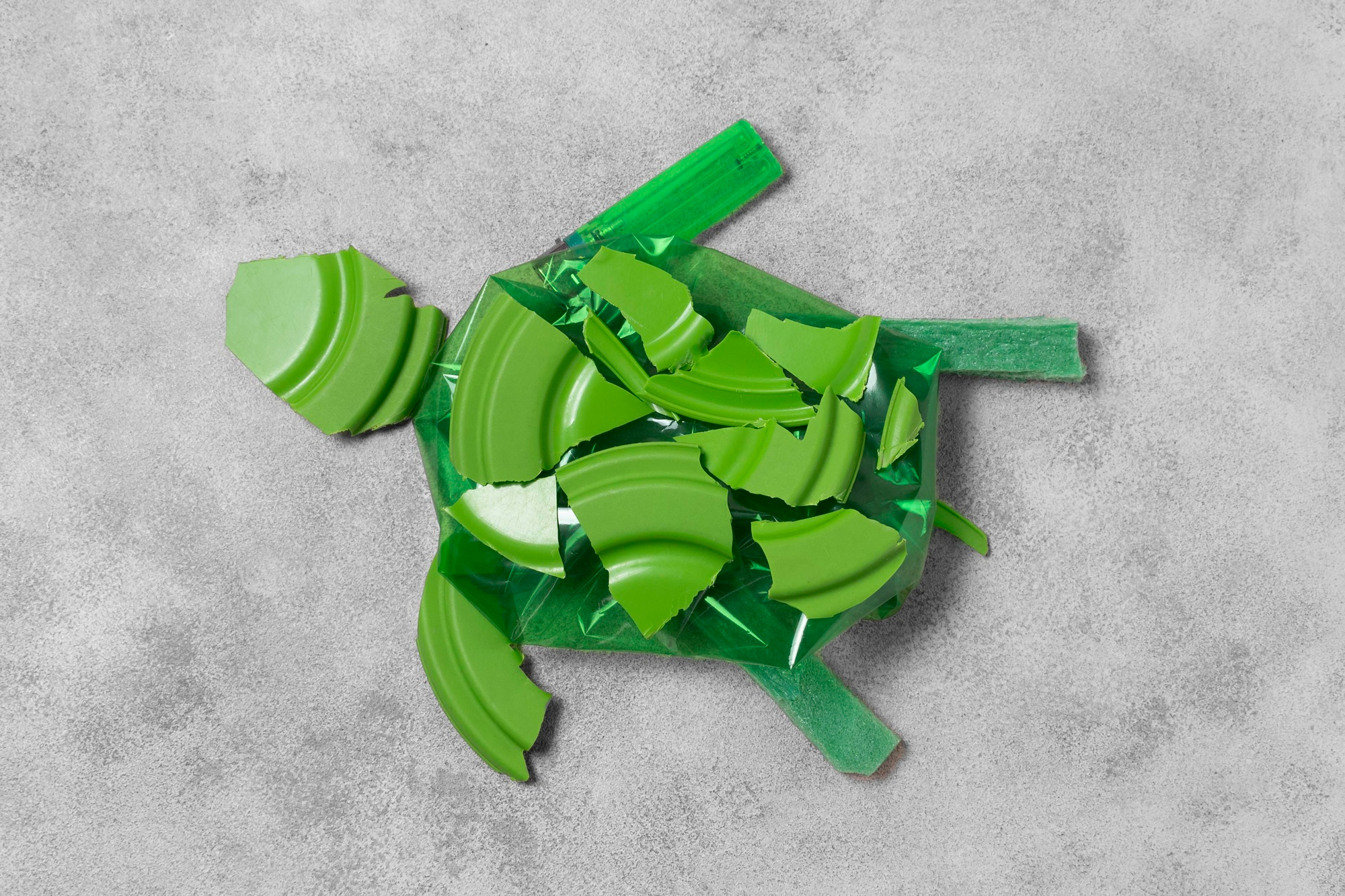 Green washing and woke washing are two deceptive marketing strategies undertaken by some organizations to exploit the public concern on environmental and social issues. Specifically, organizations may make symbolic contributions to environmental or social causes for enhancing reputation; at other times, they may behave exactly the opposite. There is a rising media focus on such “hypocritical” activities that only do lip service to the cause without sincerely implementing environment protection or social equality programs. In fact, as several eminent scholars argue, media reports suggest that some of the corporate social responsibility programs undertaken by organizations functions more as distractionary tactics to cover-up overexploitation of earth’s resources. In this article, I put forth certain examples where green washing and woke washing had boomeranged and caused damage to those organizations’ reputation. Based on published research, I propose how we can confront this problem, which is especially a challenge in developing countries. The fact that there are less public discourses in developing countries about green washing and woke washing does not mean that people are not mindful of the same. Instead, scarcity of in-depth discourses prevents managerial focus, which in turn prevents problem-solving. Hence, there is a need for us to self-reflect and take appropriate measures to avoid the trap of green washing and woke washing.

Organizations typically try to project an image of being conscious of their ethical and social responsibilities. This is because people are being increasingly conscious of the harm business enterprises can cause to environment and social wellbeing. A global survey by Edelman Trust in 2020 found that 54% of respondents believed that capitalism as it exists today leads to more harm than good for the society. People want business to not only be competent but also be ethical and socially responsible (Edelman, 2020).

Woke-washing: Woke-washing denotes claims by organizations of promoting social justice as a lip service. A woke-washed business may be proclaiming its support for gender equality while carrying out the opposite within its walls.

What happens if there is no sincerity in an organization’s approach towards social wellbeing, and its actions are only focused on the self-interest? History tells us that people develop a cynic attitude towards such organizations. Many organizations have faced public anger because of the alleged disconnect between “what is said” and “what is done”. A recent case is that of Shell. According to a news report from The Guardian, Royal Dutch Shell’s climate poll through Twitter that posed the question “What are you willing to change to reduce emissions” backfired “spectacularly”. While the poll itself received only 199 responses (a very modest figure according to the paper), it was retweeted many times with terse remarks from public, including from the student activist Greta Thunberg and the US Congresswoman Alexandria Ocasio-Cortz. Miss Thunberg commented, “I don’t know about you, but I sure am willing to

call-out-the-fossil-fuel-companies-for-knowingly-destroying-future-living-conditions -for-countless-generations-for profit-and-then-trying-to-distract-people-and-prevent-real-systemic-change-through-endless greenwash-campaigns.” Due to the public backlash, Shell had to withdraw the poll, which was allegedly conducted to drum up its image of being a socially responsible organization (Carrington, 2020).

It is quite unlikely that a few corporate social responsibility projects will raise the reputation of an organization, unless sustainability concerns are wired into the DNA of the organization and its members.

Green washing is not going to help an organization if it is a consistent violator of environment. Educators often quote the case of Denver-based Newmont Mining Corporation (NMC) to drive home the point. With its operations in five continents, NMC is one of the largest miners of the world with stated values “leadership in safety, stewardship of the environment and social responsibility”. Mining operations are generally hazardous for the environment, but NMC and its Chief Administrative Officer Lawrence Kurlander claimed they are doing the best under given circumstances. In 2000, a truck spilled more than 150 kilograms of mercury on its way to NMC’s mine near Choropampa, Peru. NMC employed local community to collect spilled mercury, apparently conveying that it was not hazardous to do so. Mercury had to be handled with sufficient precautions, and soon many community members faced health issues. NMC management acknowledged that the incident was a wakeup call for them and that the handling of the spill did not tally with their stated values. The mining company had to spend close to 40 million USD to address the local community’s concerns. However, despite the learning from the Choropampa incident, criticisms arose when NMC handled the Cerro Quilish issue in 2004. Cerro Quilish was considered a sacred mountain in Peru, revered from pre-Incan times. It was also a rich source for gold ore. NMC obtained mining rights there and cut off an irrigation canal (as part of their development plan) that provided water supply to many. An agitation ensued, paralyzing NMC’s mining operations (Wesley & Puffer, 2011).NMC could have done more in enhancing its reputation by truly following its value statements.

A recent BBC report examines green washing in projects that intend to increase forest cover. For instance, the National Greening Programme of Philippines aspired to increase the green cover by 1.5 million hectares between 2011 and 2019. A subsequent investigation found that 88% of the saplings planted in the first 5 years have died out. The report indicates that data collection, monitoring, and enforcement often lack after the initial photo-op (Khadka, 2022).

Similar to the public distaste on green washing, woke washing is increasingly looked down upon, especially by the millennial. Companies often show eagerness to be on the ‘right side’ of a social cause; for instance, many American companies often eloquently support racial equality. Yet, when the noble words are not put into action (e.g., putting up with gender bias), public scorn ensues. According an article that appeared in the Harvard Business Review, many organizations such as Pinterest and Adidas faced the ire of their employees because of the alleged disparity between words and actions of these companies, in upholding social causes (HBR, 2020).

Public amusement was also visible in the much discussed Kendall Jenner advertisement by Pepsi in 2017. That was the time when quite a lot of confrontations between Black Lives Matter campaigners and police were happening in the US. In the advertisement, Ms.Jenner was shown as a protester offering a can of Pepsi, while facing a tense police force. Pepsi probably wanted to send an image of its support for racial

justice, while also cashing in the opportunity commercially. However, reflecting the public scorn, Bernice King, the daughter of Martin Luther King Jr., commented wryly “If only daddy would have known the power of Pepsi”! Pepsi later withdrew and apologized for the ad (D’Addario, 2017).

There have also been intense media scrutinies on companies in the fashion business. Many such companies released patronizing statements during the International Women’s Day, for instance. However, some of those companies were also known for the exploitation of women workers in Vietnam, an outsourced center for garment making. The fashion companies were accused of woke washing (Hodal, 2019).

Green washing and woke washing can also lead to employee cynicism. In a research conducted by Nishant Babu and colleagues, it was found that when organizations are hypocritical on their corporate social responsibility (CSR) (i.e., when they symbolically invest in CSR while being insincere towards their social responsibility in their normal operations), employees largely become skeptic (Babu et al., 2020). The employees’ demonstration of social responsibility also becomes symbolic, without any real depth. The result is the loss of trust of people towards the organization. The researchers suggested the following to avoid such a situation:

Professor Alnoor Ebrahim of Fletcher School of Law and Diplomacy reiterates those suggestions in a different way. He argues that, first, an organization’s actions for a social cause should be fully transparent and that employee voice is heard, which will improve inclusivity. Second, the organization should offer certain justifications why actions for a social cause are initiated, and these actions should be based on data driven research. Prof. Ebrahim argues that most organizations fail after the second stage – they fail to measure the compliance. Hence, at the third stage organizations should focus on compliance of the social cause initiative by using empirical measurement. Finally, enforcement is required where the projection of benefits misses the mark. The end result of these steps shall be an appreciation of the organization’s effort towards social and environmental causes and improved trust of the stakeholders in the organization (Dowell & Jackson, 2020).