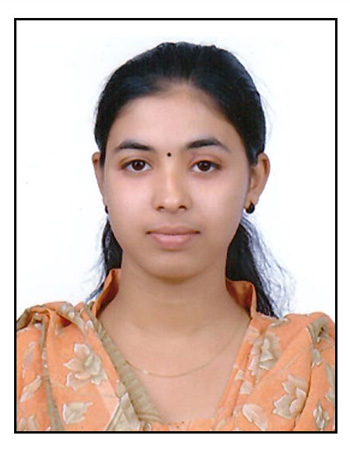 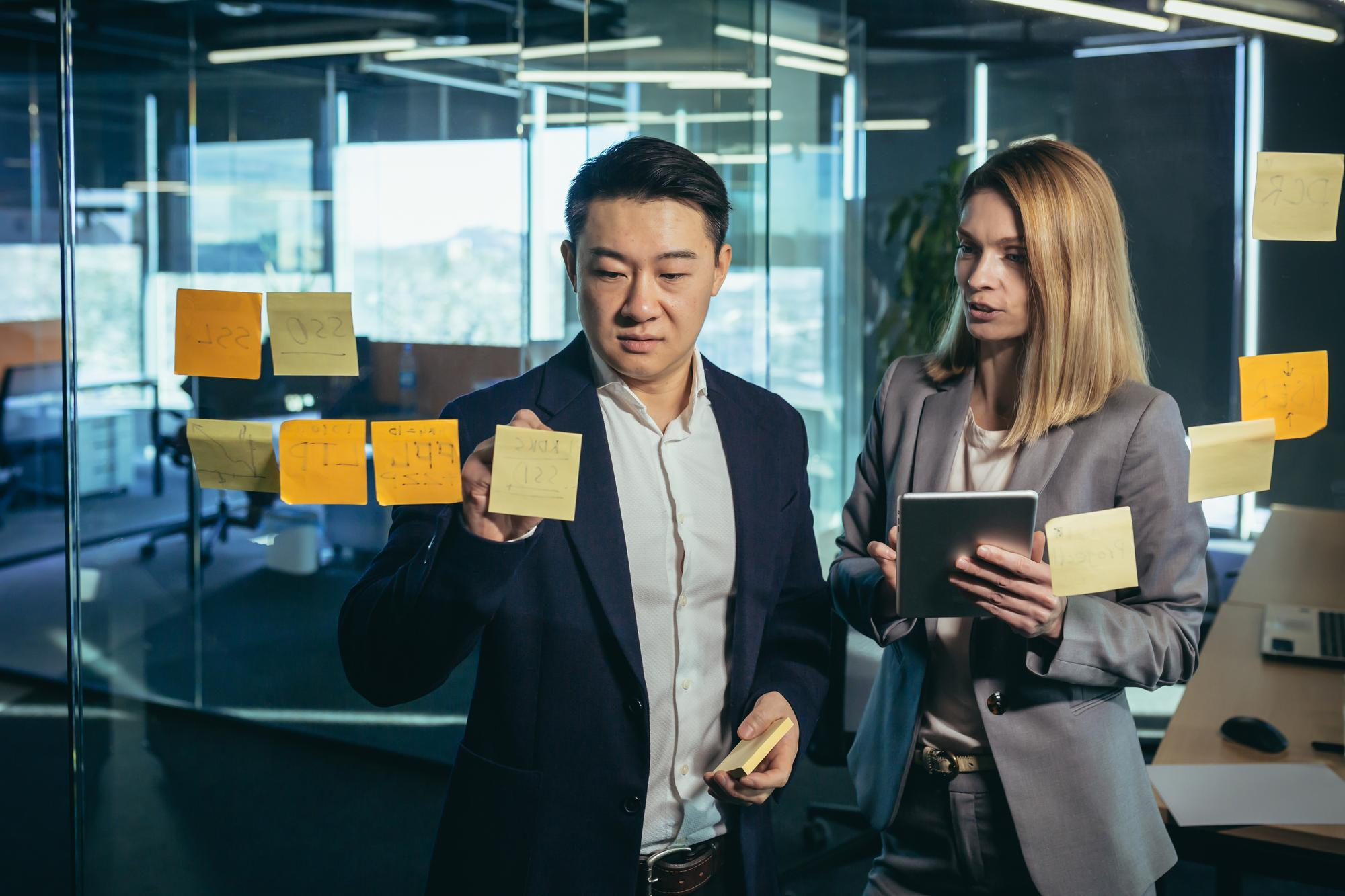 Companies often consider going green as a mere compliance requirement that needs to be adhered to and failing which entails legal consequences. However, there are fewer companies that have made a paradigm shift in this approach and considered the threat as an untapped opportunity and brought forward a “win-win” solution against all odds. In this paper, I have discussed how CIAL, a company that started its operations from scratch, with their strategic Green Human Resource Management policies is leading the World by Example.

There has been an increasing demand all over the world for a realistic environmental management approach. This effort was undertaken since the damaging effects of different pollutants among which the industrial wastes being the major culprit that has been deteriorating and depleting our natural resources very fast have been evident. The “Magna Carta” on Human Environment was declared in the first United Nations (International) Conference on Human Environment held in June 1972 in Stockholm declared that defending and improving the human environment for present and future generations have become an imperative goal for mankind.

The United Nations World Commission on Environment and Development, report titled “Our Common Future” in 1987 is considered a milestone in triggering international awareness and discourse on the importance of global sustainable development. This in turn underscored the crucial role of human resource management in strategically greening the organisation and in turn economics and society at large. This awareness gave birth to Green Human Resource Management (GHRM). Thus, many organisations have taken initiatives moving toward green-oriented agendas by integrating green management practices in managing their operations. Further, in an era where competition is already fierce, more and more people are using social and environmental responsibility as the deciding factor in the products they buy, the services they use, and the companies they work for.

This paper identifies the importance of going green which the paved way for the successful journey of Cochin International Airport.

The term Green HRM is most often used to refer to the contribution of people management policies and practices towards the broader corporate environmental agenda (Vimala & Ambli, 2018).

Green HRM is the use of HRM policies to promote the sustainable use of resources within organizations and, more generally promotes the causes of environment sustainability. GHRM is directly responsible for creating a green workforce that understands, appreciates, and practices green initiatives and maintains its green objectives throughout the HRM process of recruiting, hiring, training, compensating, developing, and advancing the firm's human capital.

CIAL and its Go Green Initiatives

CIAL has implemented such a strategy and has won the UN’s Champion of Earth award-2018 for being the first Airport in the world that fully operates on solar energy. Cochin International airport, the country’s first greenfield airport built under the public-private partnership is a trendsetter and a pathbreaker in aviation infrastructure development. The unique rehabilitation package, the astonishing public participation and a sustainable business model have made Cochin International Airport Limited (CIAL) an international brand. The saga of the making of Cochin International Airport has been inspiring.

However, what makes CIAL different from others is its "Go Green Approach", which was strategically realised through the effective leadership. Some of the breakthrough milestones of CIAL initiatives have been highlighted below:

Power Neutral Airport: The Cochin International Airport Ltd (CIAL) became the first airport in India to go “power neutral” airport in India with the commissioning of its 12 MW solar power plant. The project was set up on 45 acres to meet the airport’s energy requirements, which is close to 50,000 units per day. The average consumption of CIAL was about 48,000 units of power a day. Since the KSEB (Kerala State Electricity Board) charges a very high tariff of more than RS 7  per unit, the annual outgo towards electricity charges was substantial. Moreover, the company has set a vision to become a green airport. Hence CIAL explored the feasibility of alternative power generation through renewable energy sources. CIAL first entered the solar PV sector by setting up a 100kW solar plant in March 2013, by installing 400 polycrystalline solar panels on the rooftop of the arrival block building. It further took up a larger scale project to make the airport independent of the grid. Hence the capacity of the installation was selected as 12MW to produce approximately 48,000 units per day. This along with the 4,000 units generated by the 1 MW plant enhanced the power capacity of CIAL. The excess power generated was exported to the KSEB grid. This excess produced energy will be banked in the grid and used during the non-sunshine hours of the day. KSEB has already granted permission for banking of electricity for achieving this grid neutrality. After the successful commissioning of this plant, CIAL installed a 1 MWp solar PV power plant partly on the rooftop and partly on the ground in the Aircraft Maintenance Hangar facility within the Airport premises. These plants have so far saved more than 550MT of CO2 emission contributing to the efforts of CIAL towards minimizing environmental degradation.

In order to develop these competencies related to solar energy, CIAL had to undertake green recruitment & staffing policies. Moreover, in order to maintain these facilities in the long run, CIAL had to take the help of GHRM in the form of green training as well.

Diversification to Capacity Building: The AERA (Airport Economic Regulatory Authority), the regulatory body on Airport Tariff Rates constituted by the Department of Civil Aviation, GOI, fixes the tariffs for services based on the capital expenditure incurred on facilities (Airport Solarisation–CIAL steals the thunder, 2015). As CIAL constructed the facilities at a low cost, the services offered by CIAL entail only low Tariffs. This was an opportunity for CIAL to diversify. Hence CIAL Infrastructure Ltd was formed, a subsidiary Company of CIAL where it has 99.96% shareholding to leverage the expertise that CIAL has acquired in project management. CIAL now offers technical consultancy services for the construction of airports, which involves the integration of many streams of engineering knowledge and green practices.

The consultancy-based training that CIAL imparts to other organizations on sustainability, solar energy and zero-waste management all fall under the green training initiatives of GHRM. They have not only rolled out GHRM in their organization but are helping other organizations to develop competencies based on GHRM strategies.

Exploring the unexplored: Kerala has a vast untapped hydro potential. CIAL Infrastructure Ltd has made a strong entry into the green energy business of the state. It bagged a contract to own and operate 8 Small Hydro Electric Power (SHEP) aggregating to 49.8 MW to CIL on BOOT basis. CIAL invested Rs 35 Cr in 2014 for augmenting the capacities of CIAL Infrastructure Ltd.

Once again CIAL through this new venture creation has been able to induct green performance in their organization. As such, the employees in the organization are striving forward driven by new KRAs and KPIs related to green initiatives.

Organic Farming at CIAL: CIAL Infrastructures Ltd has commissioned the 12MWp Solar PV Plant in the 52 acres of vacant area near the cargo complex enabling CIAL to become the first airport in the world to be fully powered by solar energy. Although this initiative was well appreciated, there were criticisms for not utilising the land for any productive purpose. This has led to the concept of organic farming utilising the vacant areas adjacent and in between the panels. This will be also helpful in arresting excessive weed growth between the panels, which can cause shading of the panels thereby reducing the solar generation. The planting of vegetables also cools the panels and increases power generation. Currently, around 3 acres of land along the periphery of the PV plant was identified for farming, where additional crops such as green chilli, snake gourd, bitter gourd, bottle gourd, eggplant (brinjal) etc. are also being cultivated. CIAL has given extensive consideration to ecological balance. As part of its initiative, they have planted original species of flowering plants belonging to Kerala which have more survival capacity in all weather conditions of the state. The part encompasses a children's play area, garden, sequencing fountain etc.

CIAL is an example of strategic leadership wherein the threats were converted into opportunities which no one explored until then. It illustrated how the legal regulatory compliance could be seen as an opportunity for growth and expansion which many companies otherwise do as mandatory CSR activities. Going forward companies should acknowledge the impact that it generates on the environment and should be responsible enough to take up and finance new research on Eco-friendly best practices.

Report of the World Commission on Environment and Development: Our Common Future.