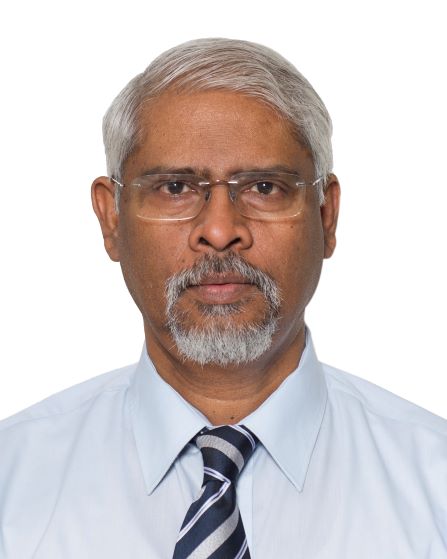 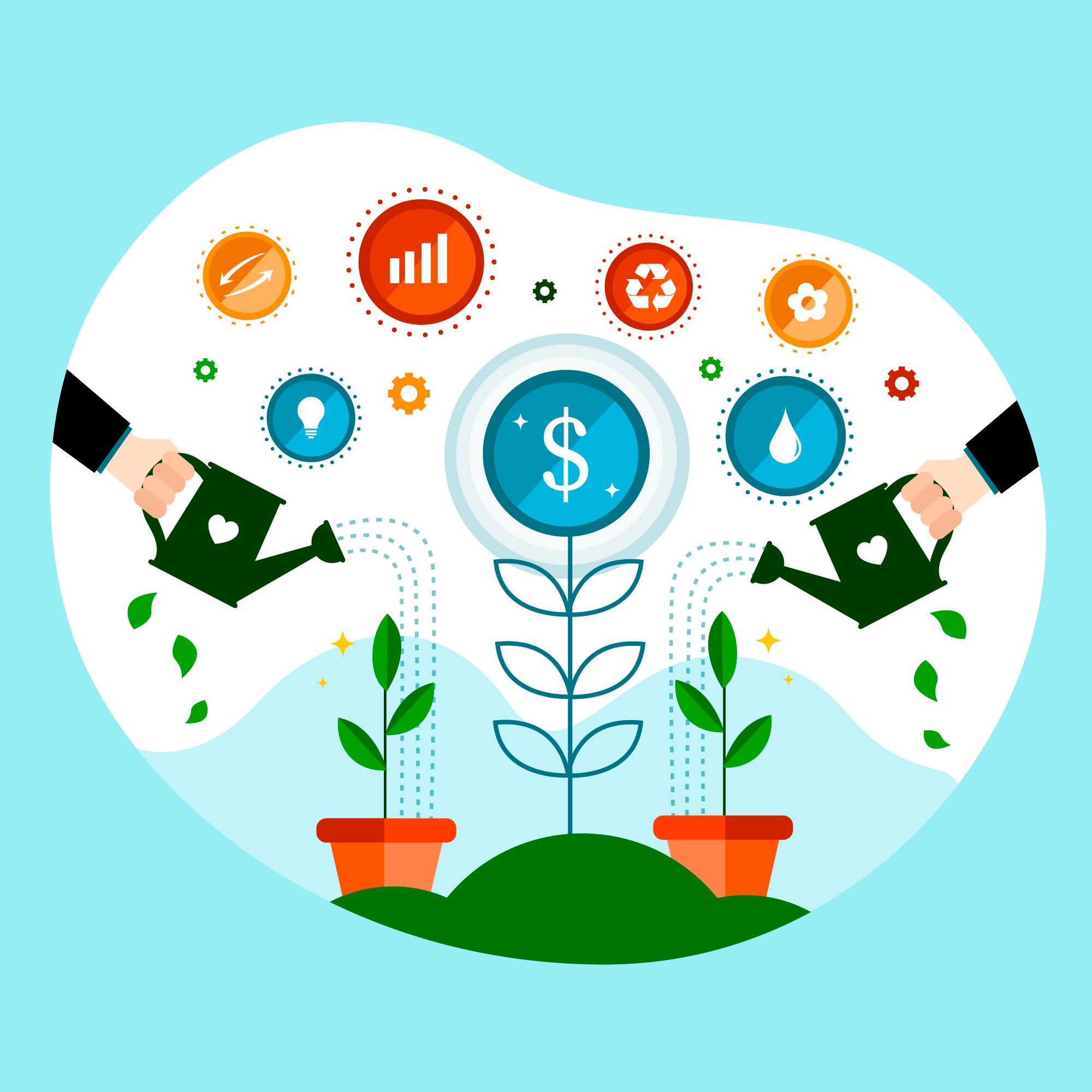 World comity is gradually coming to comprehend the specter of relentless divaricated development unleashed by mankind. From polar melting, degradation of natural resources, extinction of species to annihilation of habitats all are happening due to destructive forces let loose by short sighted attempts at making life comfortable on planet earth. Greenpeace , Sunderlal Bahuguna, Greta Thunberg et al have been, from time to time, drawing attention of powers to be as also the common man towards this existential peril. Along with other factors, industrial units have been doing incalculable damage to the environment and bringing irreversible climate changes across the world. The fossil fuel industry i.e. Coal, Oil & Gas etc. rank at the very top. During the first half of 19th century, in US, coal started being used as source of heating. In August 1859 the first successful commercial drilling for oil was done in USA. The first automobile running on gasoline was invented by German engineer Carl Benz in 1885 and rest as they say is history. Sometime in the 1960s and 1970s, there came a realization that the physical environment was getting negatively impacted due to several human activities and the Green movement emerged. Gradually nations came together to consider actions to reverse this damage. In 1992, The United Nations Framework Convention on Climate Change (UNFCCC) established an international environmental treaty to combat "dangerous human interference with the climate system", in part by stabilizing greenhouse gas concentrations in the atmosphere. The Kyoto Protocol adopted in 1997 extended the UNFCCC and entered into force on 16 February, 2005. A second commitment period to extend the agreement to 2020, known as the Doha Amendment to the Kyoto Protocol was also signed. Due to lack of support the Protocol had limited success. The devastating effects of Covid Pandemic starting from 2019 and the Russia - Ukraine War which erupted in Feb. 2022 dealt further blows to the already fragile planet's efforts' to usher in a greener world.

Industries have long being considered as the worst polluters. A silver lining however is that businesses are objective oriented and know what's good for them. For purposes of business continuity they would like to invest in green solutions. It's been some time that industries have been trying to reign in some of its environmentally destructive activities. A movement which was started in late 19th Century in Europe and USA has got a strong foothold today. The Carbon Cycle, Nitrogen Cycle and Water Cycle being the most important, it is now universally recognized that human activity, especially use of fossil fuels, have disturbed them. There are several measures being taken to counter and reverse the ill effects of fossil fuels. Using sustainable energy sources like wind, solar, water, photovoltaic etc. which don't rely on fossil fuels can help in big way to restrict greenhouse gas emissions. The World Energy Summit scheduled for January 2023 at Abu Dhabi, has in one its publication stated that Oil & Gas companies are making attempts through the following means for better use of sustainable technologies : 1)Better use of data. 2) Decreasing freshwater usage. 3) Improving water recycling efforts.3) Reducing methane leaks.4) Used oil recycling.5) Streamlining/improving processes. 6) Creating digital oilfields.7) Greater acquisition and use of renewable energy. BP in 2018 had stated that $0.5 billion would be used for clean energy; the company has also bought $200 million stake in Europe’s largest solar producer. Exxon Mobil is developing its Calipatria site which can become capable of producing 10,000 barrels of bio fuel per day by 2025. IndianOil in its Sustainability Report of 2020 -21 stated that " .....it is significantly contributing to a majority of the 17 United Nations Sustainable Development Goals (SDGs) which the Nation aspires to achieve." In 20-21 alone, along with several other initiatives, IndianOil spent Rs 344 Crores in developing renewable energy.

Well with all the avowed intentions of industrial organizations there is a lurking feeling amongst the common man that enough is not being done on the green front especially by Oil & Gas Companies. The fact is that the technology exists, to a large extent financials can be made available, leadership seems to be committed then why is it that the green movement has not become an integral part of Oil & Gas Companies DNA? Well as an HR professional with practice of more than three decades, I feel the fault lies to an extent on the HRM function. It has not taken sufficient steps to raise consciousness of Management & Employees. While Green HR may be the new buzz word of most HR functionaries it goes beyond :

But HR fraternity may take comfort in that several green initiatives are now being taken post Covid and the War in Europe. Controlled Energy Usage, Reduction of green gasses, Work from Home, Pool Cars, Paperless Office, Carbon Neutral Events, Zoom Meetings, Verbal & Written Communications through e medium, e Tendering, Annual Report through eMail, digitization, e filing, Internet Banking for Salaries, Flexi Hours, Avoidance of Energy Peaks, Buildings made Green, Water Conservation, Zero Discharge, multiple use of Fossil Fuels, even Green Gifts are on the table. Also Government of India has made Sustainability and ESG information voluntary for Year 2021-22 and Mandatory for Year 2022-23 for companies. But are all these sufficient ? Many of us, may beg to differ; some may even feel we are losing a battle before even fighting it.

It is true that traditionally the Line functionaries are tasked with managing the Green initiatives in a company. But most times the orientation is compliance oriented and the input - output equation used to justify success or failure. Technology driving Sustainability is only half the truth. Ok lets place forth few simple examples. Is the Outsourced work going only to green organizations? Are all Paper/ stationery/ printing FSC certified? Have Photocopying Machines been banned? Have only one onsite Board Meeting being done on Annual basis? Are Leeds Certification of all occupied Buildings taken? Do executives use Public Transport extensively? Are all Purchases Green? Is Reuse, Reduce, Recycle a compulsorily norm? Are all processes Green Tagged? Are Compulsory Green Audits being Run? Are Factory/ Location/ Office Energy Audits being broadcasted? Is extensive R&D for timed Green avenues being done? Are Green Startups being funded ? The list can go on. But one must remember that the beauty of these examples are that they are all process oriented items. As the clichéd saying goes, some or all of it is within easy reach but somehow the will seems to be lacking. And that will is lacking in individuals, groups, corporates and states.

By now, most of us will recognize Green is a People issue. Unless the People issue is settled the world will somehow lack in becoming truly green. Let's examine it from a Company's perspective.Businesses need to recognize and empathize that whatever be their Commercial Objectives being Green is a no compromise specification. The role of HRM is as much in being the conscience keeper, broadcaster and the front for executing green objectives. If one was to take the first function of HR say Recruitment, is it sufficient to have Green Recruitment Processes alone and say our commitment to being Green is fulfilled ? Maybe not, HR needs to go down to the fundamentals. Carry out a fresh Job Analysis based not merely on Business Objectives but on Green Principles and then select only those people committed to the environment in accordance with the behavioral indices set by it. HR has to on board recruits and stimulate continuous education on environment management. Promoting Environmental Champions and competition amongst Green Teams would bring in creative approaches to achieve Green goals. Green Performance Management as a process as well as essential KRA has to be built-in. There should be ways by which individuals and collectives are rewarded on achieving Green Points. The environment aspect as a core value of Corporate culture has to permeate over people. The collectives have to be educated to become green champions. Green should permeate the entire business chain. There can be strategic aspects of Green HR as well : a) Green Product / Services Portfolio b) Green Workplace c) Green Workforce d) Green Process Models applied to traditional functions e) Green Governance including Management Accountability, ethics etc. The role is cut out for HRM in organizations however the path will not be easy. Initial Capital Costs can be high, Inadequate Savings, Decline in Competiveness, Buying Technology which become obsolete soon are some examples. Resistance to change and apathy are familiar adversaries of any HRM initiative. HRM is the only practice which has the power to relate to Humans at workplace and change their behavior. Today we can see, human behavior is at the root of most problems. HRM has its Green Task all cut out. But like Walt Disney said " The way to get started is to quit talking and begin doing".