A “Workman” under the Industrial Disputes Act, 1947 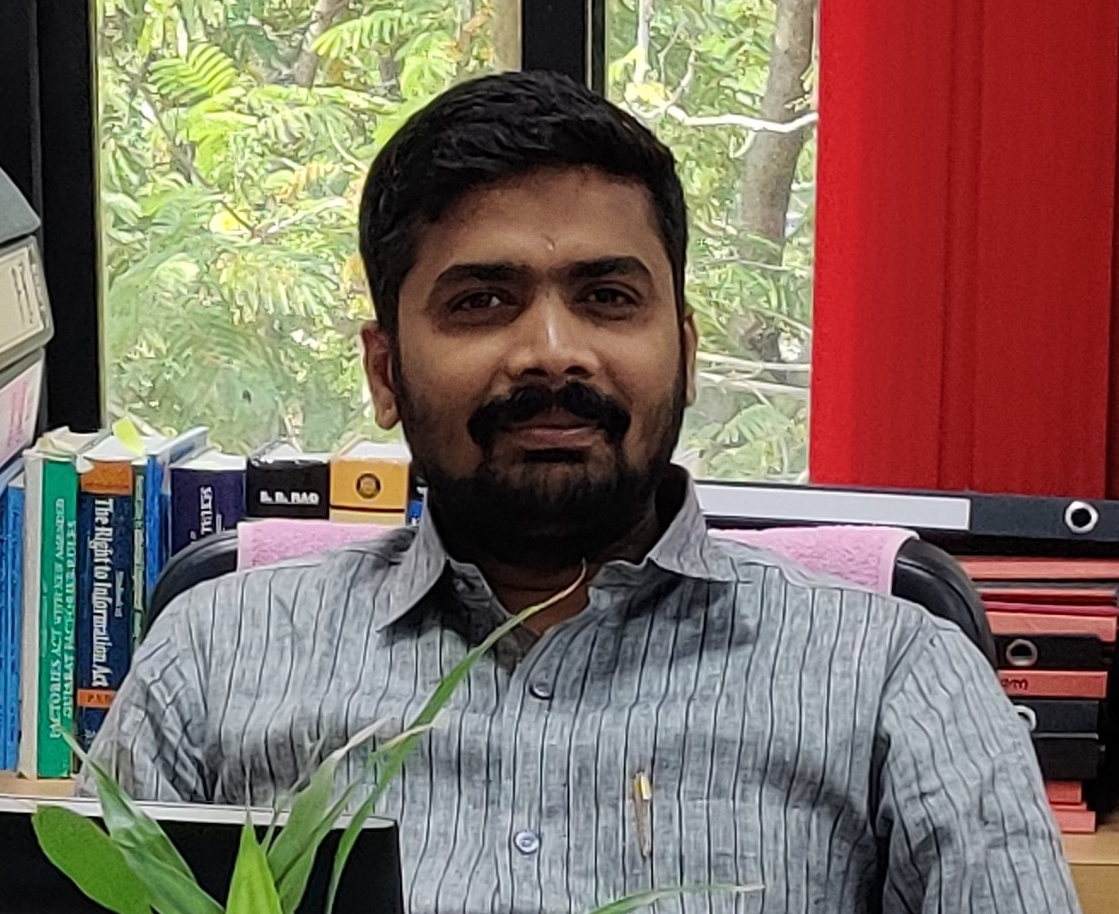 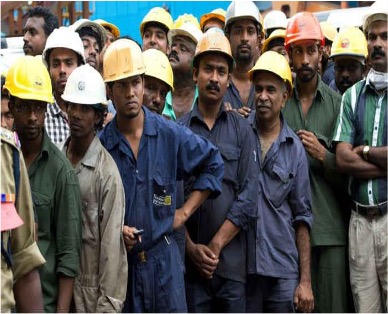 Whether an employee is workman or not a workman under the Industrial Disputes Act, 1947.

The Industrial Disputes Act, 1947 (Act) means any business, trade, manufacture or calling of employers and includes any calling, service, employment, handicraft, or industrial occupation or avocation of workmen is the governing legislation that provides the machinery and procedure for the amicable settlement of conflicts between an employer and employee so that industrial peace is maintained. This Act applies to all industries and establishments which employ workers, irrespective of the number employed. Under Section 2(j) of the Act, the definition of "industry”. The term "industry" has evolved, and at present it covers even establishments run without any profit motive, such as government undertakings, statutory bodies and corporations, clubs, chambers of commerce, educational institutions, co-operatives, research institutions, charitable projects and other kindred activities.

Any person (including an apprentice) employed in any industry to do any manual, unskilled, skilled technical, operational, clerical or supervisory work for hire or reward, whether the terms of employment be expressed or implied, and for the purpose of any proceeding under this Act in relation to an industrial dispute, includes any such person who has been dismissed, discharged or retrenched in connection with, or as a consequence of, that dispute, or whose dismissal, discharge or retrenchment has led to that dispute, but does not include any such person-

The definition can be split into three parts:

The first part envisages that for any person employed in an industry to qualify as a workman, he must be engaged in a type of work mentioned in the definition. The second part gives an extended meaning to the word workman as it includes employees dismissed, discharged or retrenched in connection with an industrial dispute or whose dismissal, discharge or retrenchment has led to an industrial dispute. The third part is exclusionary in nature.

Therefore, it is clear that all workmen are employees but all employees may not be workmen for the purpose of the Act. In order to be a workman it is not necessary that a person must be employed in a substantive capacity. This means every person employed in an industry, regardless of his status of an apprentice (considered as a trainee), permanent or probationer will be treated as a workman. Not all apprentices will fall within the four corners of the definition; Indian jurisprudence has made it clear that an apprentice be treated as a workman provided he performs duties of a workman.

The important question is what does it mean to be a workman? The answer lies in the fact that every employee covered in the definition can avail various benefits under the Act. A workman can raise an industrial dispute with the employer regarding discharge, dismissal, retrenchment or termination of his services. Section 25F of the Act provides mandatory conditions for retrenchment of workers.

This is the most important question raised before the Courts on several occasions. In the leading case Silver Jubilee Tailoring House vs. Chief Inspector of Shops and Establishments and Shining Tailors vs. Industrial Tribunal, the Supreme Court gave judgments in favour of piece-rated workers holding them as workmen within the meaning of Section 2(s) of the Industrial disputes Act, 1947.

FACTORS WHICH DETERMINE WHEN AN EMPLOYEE WILL BE A WORKMAN

An employment contract also establishes an employer-employee relationship, and in the absence of which no person can claim to be a workman. For instance, professionals like doctors, lawyers, physicians who render part-time services in various institutions can claim the status of workman only when it is established that they render services to an employer who owns an industry.

Additionally, the employee must be paid some remuneration irrespective whether the terms of his employment are express or implied.

The contractor is responsible for payment of remuneration to the employees and not the management. However, under Indian law, the contract workers are legally bound to the contractor, but if the contractor defaults in providing any benefits that a

There is ambiguity whether a contract worker will qualify as a workman. There have been situations where such workers have come within the ambit of the definition of a workman.

It is not essential that the employment in the industry should have direct nexus with the main industrial activity; the employees who are employed in connection with operations incidental to the main industry will also be treated as workmen. For instance, if workers are employed by a sugar factory to remove press-mud from the sugar factory, the workers will be considered workmen, as removing press-mud is an activity which is the part of the sugar factory.

For example, a doctor performing the duties of examining patients, diagnosing diseases and prescribing medicines is considered to possess specialized skills required for performing the job. As a result, he will qualify as a workman doing technical work only when it is established that he is employed in an industry, and where the condition of an employer-employee relationship is fulfilled. Doctors rendering professional services to various establishments or engaged in private practice where no relationship of employment is created will not be entitled to claim the status of workmen.

Therefore, it is pertinent to note here that there are two guiding factors which determine whether a technically qualified person is a workman or not. He will become a workman only when it is established that he is employed in an industry and performing work of a technical nature. However, in order to determine whether the nature of duties performed by a workman will fall under the technical category, the court has to consider the facts and circumstances of each case.

Moreover, if the workman is mainly engaged in work which is of manual, clerical or technical nature, the mere fact that some supervisory or other work is also done by him incidentally or as a small fraction of his work, will not take him out of the purview of the definition of a workman. In other words, the dominant purpose of employment must be first taken into consideration and the gloss of some additional duties must be rejected while determining the status and character of a person.

The Section 2(k) of the ID Act states that:

THINGS TO BE CONSIDERED WHILE DETERMINING WHETHER AN EMPLOYEE IS A WORKMAN OR NOT?

It was held that there should be a contractual relationship between master and servant i.e. the workman is under the supervision, direction and control of his master.

It was held that to be a workman within section 2(s) of this Act he should be employed in an industry and there should be master servant relationship.

It was held that in determining that whether a person is a workman or not the court has to principally see main or substantial work for which he is employed. Neither designation nor any incidental work done by him will get him outside the purview of this Act.

It was held that Laboratory Ahmadabad, would come within the definition of "workmen" under the Industrial Disputes Act and other similar legislation in the field of relations between employers and employees."

In Arun Kumar Ramkrishna Datta vs. Gujarat Co-operative Oilseeds Growers Federation Ltd., 2004 (100) FLR 7 (IT Ahmedabad) (Sum) the following test have been laid down :

It was held that a person employed in managerial capacity or administrative capacity is not a workman.

It was held that an apprentice cannot claim any privilege as workman.

It was held that maintenance engineer supervising the work of maintenance with the power to grant leave, to initiate disciplinary proceedings and to make temporary appointments is not a workman.

The above view regarding medical officers was confirmed. It was held that empowered with administrative work and supervisory work over the staff working under him cannot be regarded as workman.

RECENT DISPUTES OVER STATUS OF WORKMAN

Pilots of AI agitates for being removed from the workman category

Courts and scholars have been grappling with the question of ‘who is a workmen’ for centuries. A single uniform definition for ‘workman’ is the need of the hour, considering all the confusion of the courts on the subject as to who is workman and who is not, under the various legislations. While determining an employee is workman or not we have to assess the dominant nature of work, disciplinary powers, employer- employee relationship, supervision, power to assign leaves and other important things discussed above and it also varies from situation to situation.