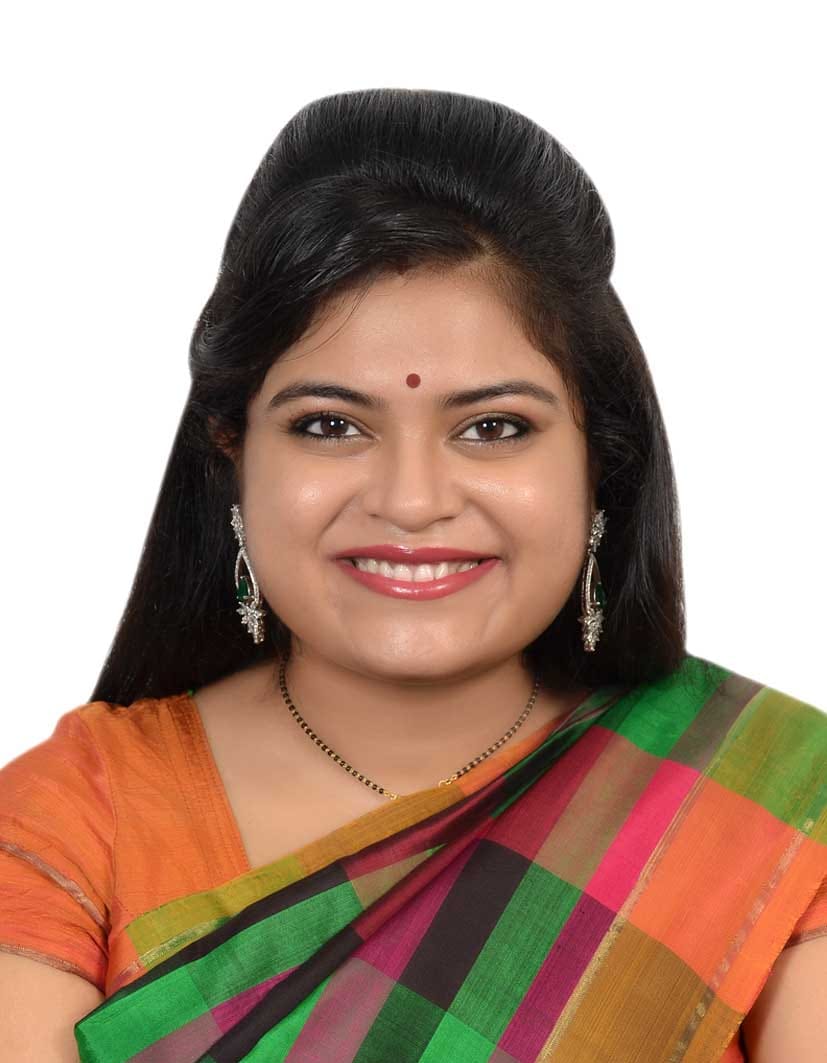 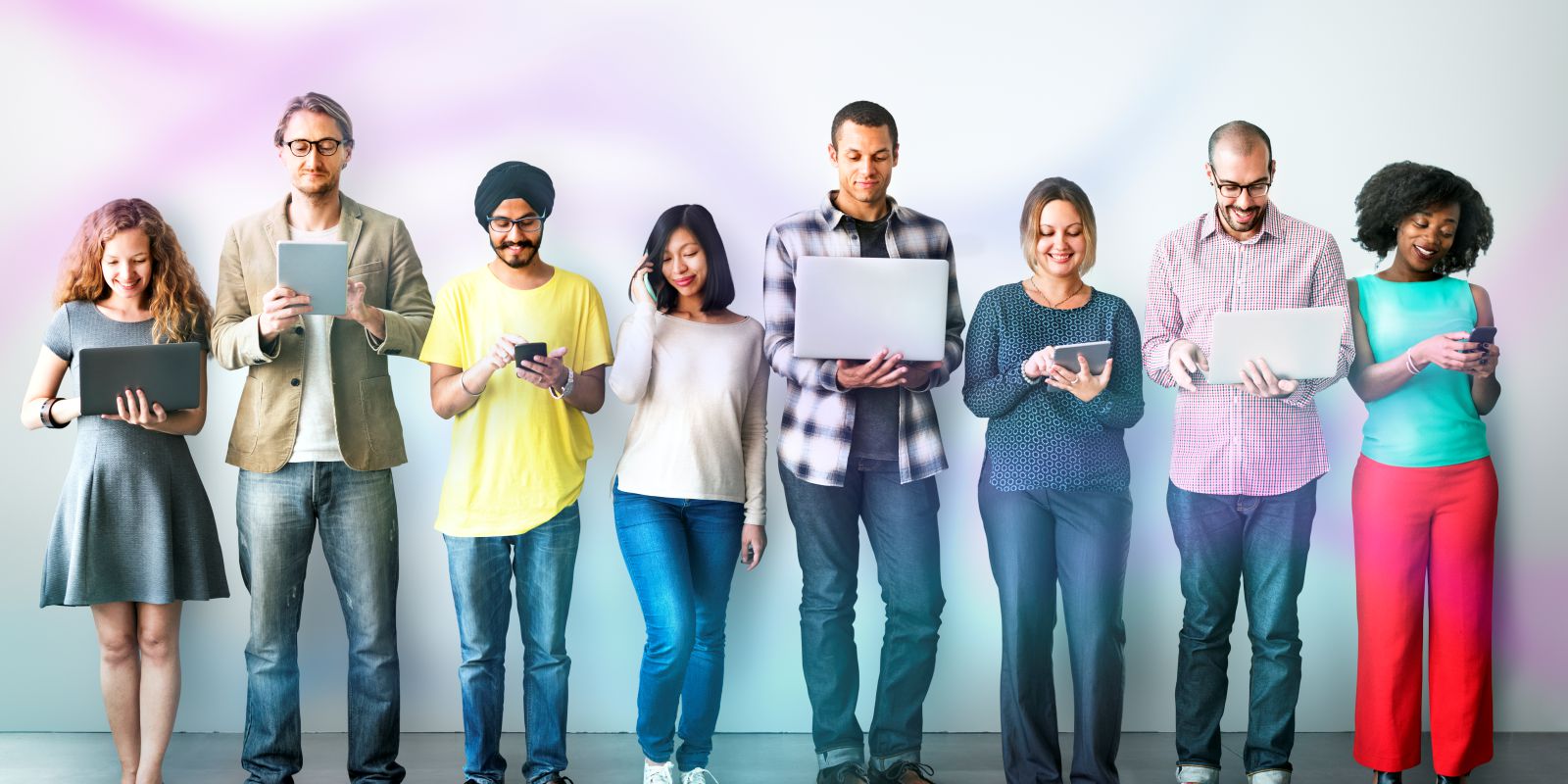 In today's fast-paced, competitive and dynamic world, four generations co-populate the workspace: the Baby Boomers, Generation X, Millennials and Generation Z. They range in the age of 18-74 years. With an age gap of 50+ years, these workers bring distinct challenges, strengths, and expectations to the workplace. Identifying and adapting to these differences is the key to effectively managing a multi-generational staff.

Generations can be thought of as age cohorts, groups of individuals who share some similar experiences (rather than values) as a result of growing up at the same time. The current wokplace is occupied by the latter 4 cohorts and below-given are their characteristics and experiences.

India, during these same years, shifted to a socialist economic model under Indira Gandhi: nationalization of industries and public works. India signed a 20-year treaty of friendship with the Soviet Union; its first break from non-alignment. Wars around borders continued: Sino-Indian War, the Indo-Pakistani War of 1971, etc. The rupee was liberalized and underwent severe devaluation. A Green Revolution improved agricultural productivity enabling India to feed its population self-sufficiently after two decades of food imports. Towards the end of the period, during the Indian Emergency of 1975-77, Gandhi was accused of corruption, rule by decree, suspended elections and civil liberties, and was removed from power.

For teens in India at this time, economic options were limited by the sluggish economy; personal options were heavily influenced by the family, group, or caste into which one was born. For those who were able, success was linked with getting out of India to obtain higher education and work in the U.K. or U.S. Also, the Indian Emergency left this generation with skepticism of political leaders.

Teens in India saw Indira Gandhi killed by her bodyguards and succeeded by her son Rajiv Gandhi, who instituted a number of important reforms: loosened business regulations, and lowered restrictions on foreign investment/imports. He also led the country into a major expansion of the telecommunications industry and information technology sector. Political conflict continued: Rajiv Gandhi's image as a politician was shattered by the Bofors scandal. He was also later killed by a suicide bomber. P.V. Narasimha Rao became Prime Minister and initiated further economic liberalization and reform. Still, over 75% of IIT graduates migrated to the United States.

Members of Gen X in India developed a mental model patterned on a rich, vibrant democracy comfortable with many views, perspectives, and voices. The constraints of the caste system were giving way to the power of education, which was increasingly available for the best and brightest. Although success continued to be associated with moving outside the country, economic opportunity was growing within India.

Globally, Generation Ys' immersion in personal technology enabled this generation to experience many of the same events and, as a result, develop as the first globally similar generation.

In India, the late 1990's and 2000's saw the development of a large middle-class and increased demand for and production of many consumer goods in many ways, a situation reminiscent of the U.S. Traditionalists' (born before 1946) experience with a rapidly expanding pie. The Indian economy grew under liberalization and reform policies. The country was stable and prosperous, and political power changed hands without incident. India became a prestigious educational powerhouse and respected source of IT talent. By 2008, 34 Indian companies were listed in Forbes Global 2000 ranking.

Gen Y in India shares the generation's global sense of immediacy in a VUCA (Volatility, Uncertainty, Complexity, Ambiguity) environment, coupled with the excitement of being part of the country's first wave of broad economic opportunity. They have come of age in an exciting, dynamic country with significant economic opportunity. Most are entrepreneurial and business savvy, as well as technologically capable and connected.

This is the largest technologically connected, socially networked generation in history. They have come of age in 2010 into a world lacking safety and permanence. They have seen dramatic events like terrorist attacks, bomb blasts and global financial crisis of 2008 unfold before them. They have grown up in a time when the globalization is waning and the Make in India narrative has emerged. Having more access to the realities and impermanence of life than the previous generations, they have had to mature before their time and face a constant existential crisis and look out for a sense of purpose in everything they do. With rising standard of living, they are also known to be cocooned by parents. With the advent of social media, they enjoy staying connected to friends, family and colleagues virtually.

The key insights of each cohort are as follows:

Researchers labeled the Baby Boomers the original workaholics. They were the first generation to prize their career over more traditional values of home and family. Boomers work hard for professional advancement and prestige. Boomers are noted for their focus and follow through more than their younger cohorts.

If Millennials are digital natives, Baby Boomers are digital immigrants. They grew up without smart phones, computers, the Internet, but have learned fast and adapted modern technology due to work expediency and a learning attitude.

Tips for managing Boomers through both work and retirement include:

Baby Boomers present a unique set of challenges for the employer. As Baby Boomers prepare for retirement, it is crucial to plan for succession and retain knowledge. Those that remain in the workforce may benefit from more flexible work arrangements.

Most Gen X-ers didn't grow up with a computer, but they have spent their career using one. In a 2018 poll by CNBC, 54% of Gen Xers and 56% of Millennials reported they were comfortable using technology in the workplace. The majority of both generations access the Internet daily, with Gen X-ers spending 40 minutes more online each week.

Soft-Skills: Generation X demonstrates more patience and co-operation than their younger cohorts. They are generally independent, entrepreneurial, and have strong problem-solving abilities, making them ideal leaders. Their communication skills are also excellent, as they can effectively communicate both in person and through digital platforms.

Generation X is motivated and self-sufficient. They don't require a great deal of oversight and may balk at perceived micro-management”. They make loyal employees. However, their loyalty lies more with individuals than the company itself. They like to be recognized as leaders themselves, either through advancement or mentorship.

Some strategies to retain these seasoned workers are:

Job-hopping: Sixty percent of Millennials are open to a new job opportunity. This is good news for recruiters. However, for employers, it suggests over half of their young employees don't see a future with them. A recent Gallup poll reported that 21% of Millennials changed jobs in the past year — more than three times the rate of the older cohorts.

Team-oriented: They are a social generation, befriending coworkers and supervisors alike. Throughout their education, they've learned the importance of teamwork. They prefer to work in collaboration because it is familiar, fun, and doesn't incur much risk. Taking on sole ownership of a project can feel intimidating to Millennials.

Values-driven: Millennials care about their employer's mission and whether it aligns with their values. According to the 2019 Deloitte Global Millennial Survey, over half of young workers turned down a job offer because they didn't align with the company's vision.

Making a difference: Millennials are looking for a sense of purpose in their work. Almost 75% report that making a difference” is essential to their job satisfaction. Personal growth is also a priority, and opportunities to learn and improve may help retain them.

The majority of Millennials grew up in a structured, sheltered environment. The Journal of Higher Education described their upbringing as buckled, watched, fussed over, and fenced in by wall-to-wall rules and chaperones.” Not surprisingly, they rely heavily upon their supervisors. They prefer strong, personal relationships with their boss and require continuous feedback. Poor communication and lack of support from managers is the top reason they leave their job.

Millennials also prefer a more democratic work environment versus a traditional hierarchy. They want every idea to be heard regardless of seniority or credentials.

The following strategies can help companies attract and retain these younger cohorts:

Since Generation Z are recently entering workforce in the form of apprentices and Management Trainees, little research is available on their behaviours:

They are the most technologically savvy and socially connected, who have grown in the age of internet and free flow of information.

Grouping of workforce, in many ways leads to generalisations and stereotyping. It is also necessary to delve into limitations of this classification, so as to avoid stereotypes and generalisations, as well as to appreciate intermingling of cohorts and their characteristics both ways.

The stereotypes about each generation have in a lot of ways created a self-fulfilling prophecy as per the perceptions about that cohort. We need to note that human beings are more similar than they are different. What is required is radically as well as, simply individualizing our approach and meet people as they are. It is required to meet and greet people in their only”ness, the spot where only they stand, and that requires more flexibility, joyful curiosity and above all empathy.

This may require more face time, walks around the office, employee survey or mere meaningful conversations that try and understand who they are and what they are hoping to accomplish at work. Ultimately, the time invested in understanding the employees will allow the organization reap dividend in terms of improved engagement and retention in the long run.

Generational Differences Between India and the U.S., HBR, March 1, 2009

The barriers of managing a multigenerational workforce and how to break them, www.servicefutures.com

Millennials vs. Gen-X in the workplace: differences and similarities, www.surveymonkey.com