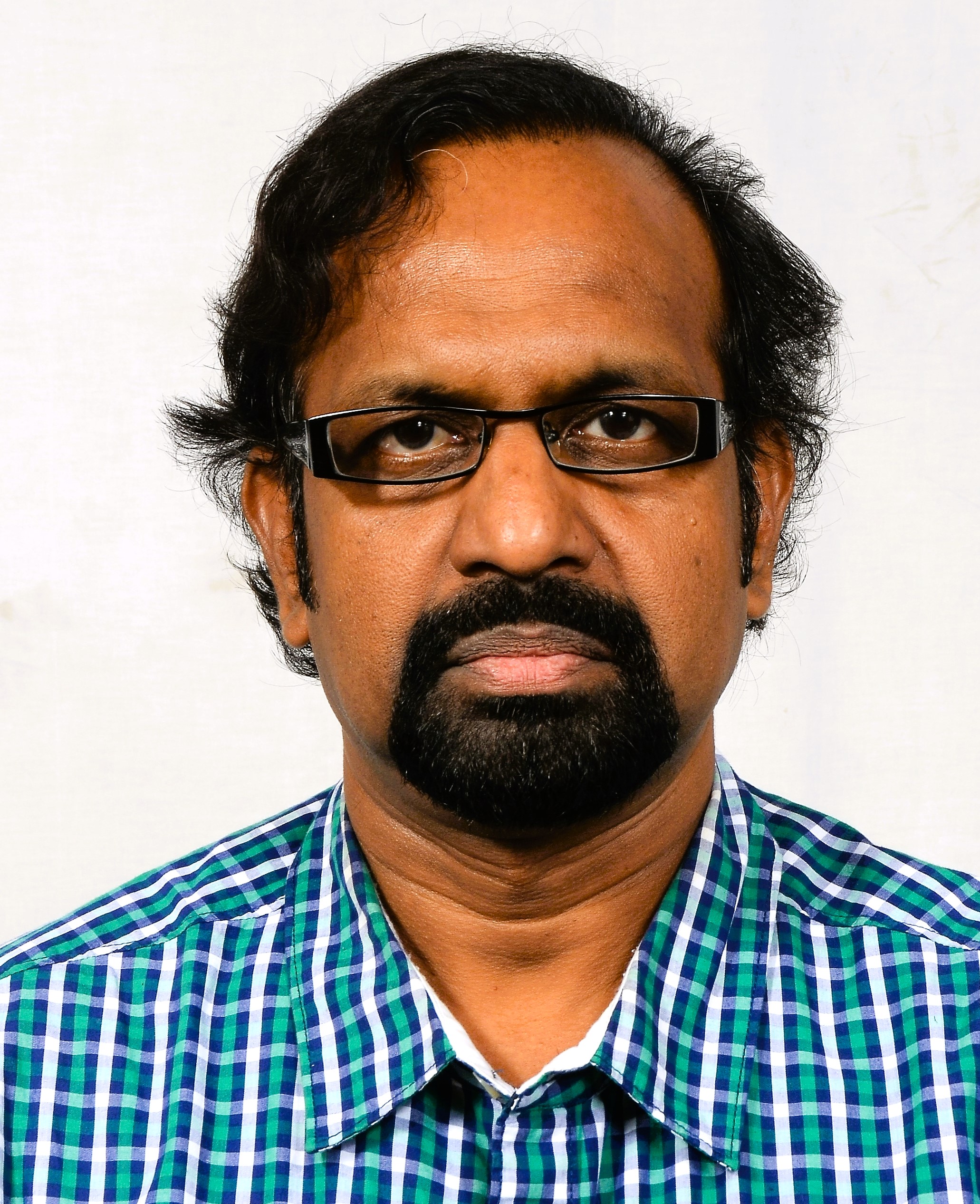 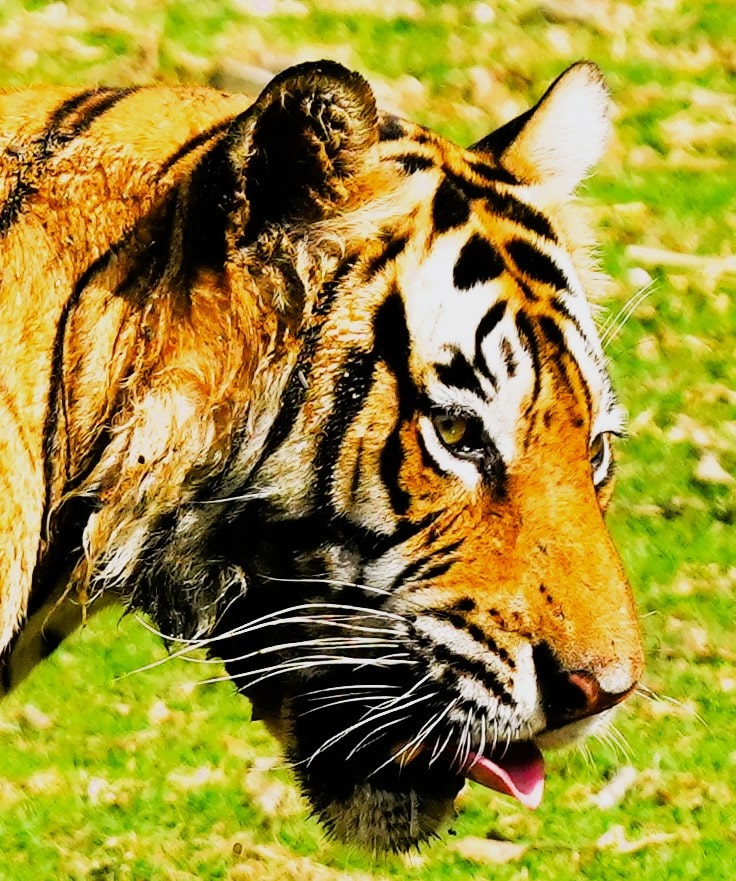 Tracking a tiger in the wild is a tantalising task and to spy big cats in the jungles, recently, I set out for another adventure to Ranthambhore Tiger Reserve (RTR) in Rajasthan. The scorching Indian summer heat was sizzling over 42-degree centigrade, but it was no deterrent for me. I drove 400km in six hours from Noida/New Delhi and reached Ranthambhore in comfortable time to catch the evening safari. Having an annual pilgrimage, for the last 20 years, became a routine for me to indulge in the jungles of RTR. This time, from 14th to 17th June, I pampered myself with six safaris and sighted seven tigers, which was a milestone of sorts.

Tigers have terrific tactical demeanours with total control of their temperament despite high temperatures and tormenting tourists. To beat the heat, they are either in slumber in forest patches or plonked in cool-pools waiting for twilight to explore their territories. Serious wildlife enthusiasts prefer summer safaris, as it is comparatively easier to locate a tiger as they mostly prowl around water bodies. Even forest foliage, including ground vegetation, dwindles to a bare minimum making tiger detection easier than usual. Tackling a tiger in its kingdom on undulating topography is often a game of immense patience and determined indulgence.

Tigers are highly territorial but mostly solitary in nature interacting briefly only for mating or occasionally to share their kill. The mother tiger alone rears the cubs to adult hood teaching all the skills to kill with stealth hunting, ambush tactics and even gruella warfare. Their social system is connected through powerful visual signals, scent marks and vocalizations. The size of tiger territories varies significantly by locality and prey density in any given area. If the prey density is high and the menu consists of deer, antelope, wild boar, monkeys etc., then tiger territories tend to be smaller in size because of sufficient prey-food. Male tigers in Ranthambhore, the prey concentrations are high and many male tigers have territories ranging as small as 5qkm to 50sqkm or even more. Tigers assert and maintain their control over their territories by continuously patrolling them and scent marking on tree trunks.

Males must have larger territories than females as they overlap several females' territories to accommodate more females as part of the harem. Therefore, females are the most coveted resource for males after food and water. Aggression can be induced when resident male territory-holders may be challenged by other young males for possession of the territory or the young males may challenge each other for ownership if the resident male dies. The strongest male will take possession of the territory along with the females lurking in the region.

Tigers are mainly active in the cooler contours of the night and twilight time zones and less lively during the mid-day heat. Like all small and big cats, grooming is a daily routine. They use their rasping tongue to remove loose hairs and dirt from their fur and this preparation process keeps the tiger's hide in good condition. Individual behaviours of Tigers vary vastly like “Machli” (T-16) the shining Star of Ranthambore is the most famous tigress in Ranthambore National Park, had lived her life on the motto of “live life king size”. She was known for her camera-friendly attitude and survival instincts and passed away in 2016 of old age. We have “Ustad” (T-24), who was undeniably the most ferocious member of the tiger fraternity as he was also very bold, sitting right in the middle of roads and highways. Today we have Noor, Krishna, Sultan, Riddhi, Arrowhead, Siddhi, Laxmi etc who are popular tourist attractions but all have distinct characteristics.

The heat and dust in summer and chilling winters add to the challenge of chasing tell-tale marks of hidden tigers in Ranthambhore. Regular tourists treat a tiger with curiosity, while first-timers are scared at the thought of seeing a wild tiger from an open vehicle. Tiger watching is like an addiction to many and I am one of them who is always eager, wanting to taste the thundering tigers and capture them in camera. It’s even more pleasurable, if a tiger mother is with cubs or siblings playing pranks with each other in the lake waters.

Located 14 km from the town of Sawai Madhapur and 150 km from the city of Jaipur in the arid Rajasthan, Ranthambhore is an oasis in the desert. Snugly situated at the junction of two mountain ranges - Aravalli and Vindhya’s, Ranthambhore offers premium opportunities for viewing the magnificent tiger in the wild. They live in dry but lavish landscape with a heady mix of rolling hills, rocky cliffs, green meadows, streams and lakes which is also home to a diversity of indigenous flora and fauna. Apart from the tiger, one can also spot secretive leopards, rare caracal cat, clumsy sloth bear, basking crocodiles, jackal, fox, hyena, mongoose, snakes and a variety of birds.

Once, the royal hunting grounds of maharajas and later the British, tigers were killed at random in Ranthambhore. This stretch of jungle was declared as Tiger Reserve to safeguard the supreme cats that have been vanishing across the Indian subcontinent due to poaching and encroachments. The ambitious Project Tiger was launched in early 1970s to preserve the dwindling population and this started in earnest and vegetative wealth in Ranthambhore regained its original vigour. Surprisingly aquifers in the area began to replenish and wate- tables increased much to the advantage of the surrounding villagers. Even now, the difference in the ecology inside Tiger Reserve and outside is staggeringly evident and verdant in varying degrees.

Hunting permits were issued until 1969, but Indira Gandhi, former Indian Prime Minister, and Kailash Sankhla, the then Director of the Delhi Zoo, formulated plans for the beleaguered tigers. Fortunately, at the same time, Fateh Singh Rathore, a passionate forester fostered this forest to its pristine glory by preparing a strategy for protection of jungles. This involved shifting of 20 villages from inside the park and convincingly rehabilitating rustic folk by 1976-77 when villagers were moved out and tigers began to move in. In 1984, Prime Minister Rajiv Gandhi, who was a regular visitor, made Ranthambhore National Park famous as a wildlife destination for tourists wanting to see the tiger.

Today, Sawai Madhapur is also famous for its guavas, which are popularly referred as 'Madhapur Guavas' in Rajasthan. The place is not only known for its tigers and wildlife, but also for its historical importance. The rich and glorious past of the place is reflected in the magnificent Ranthambore Fort and a creatively made India’s first heritage railway station and other historical monuments. Wildlife adventure begins from the platform itself and why? Because Ranthambore’s Sawai Madhapur Railway Station has a facelift with many facets of the tiger deftly depicted in various poses. Its amazing makeover with wildlife Graffiti by master craftsman and band artists has received plenty of applause. Sawai Madhapur Railway Station in Rajasthan has become wildlife museum of sorts and most attractive station in the country. It is declared as country’s first ‘Heritage Railway Station’ and won many National Tourism Awards, ‘best tourist-friendly railway station’ etc. Sawai Madhapur also has expensive to very heritage hotels, motels and regal resorts that primarily cater to the visitors from Indian abroad who love to see the tiger in the wilderness.

The tropical tapestry of jungles in Ranthambhore provides enough prey for tigers and trigger regular breeding with prolific progeny. Tigers give birth to a litter of two to four of which one or two tend to survive to adulthood, and all four survive if the mother is a good hunter. Currently, the tiger population has over 75 specimens that occupy their demarcated niches. Because the survival rate is high, Ranthambhore has become a natural breeding hub for wild tigers. Bountiful breeding of tigers has helped select young adults to be shifted, literally airlifted, to nearby wildlife sanctuaries where tigers had disappeared due to poaching. As in the case of Sariska national park, which is about 170 km from Ranthambhore, tigers were reintroduced successfully. Today, Ranthambhore Tiger Reserve sprawling over 700 sq.km. is one of the greatest success stories of wildlife conservation in the world with the highest earnings by tiger tourism in India.