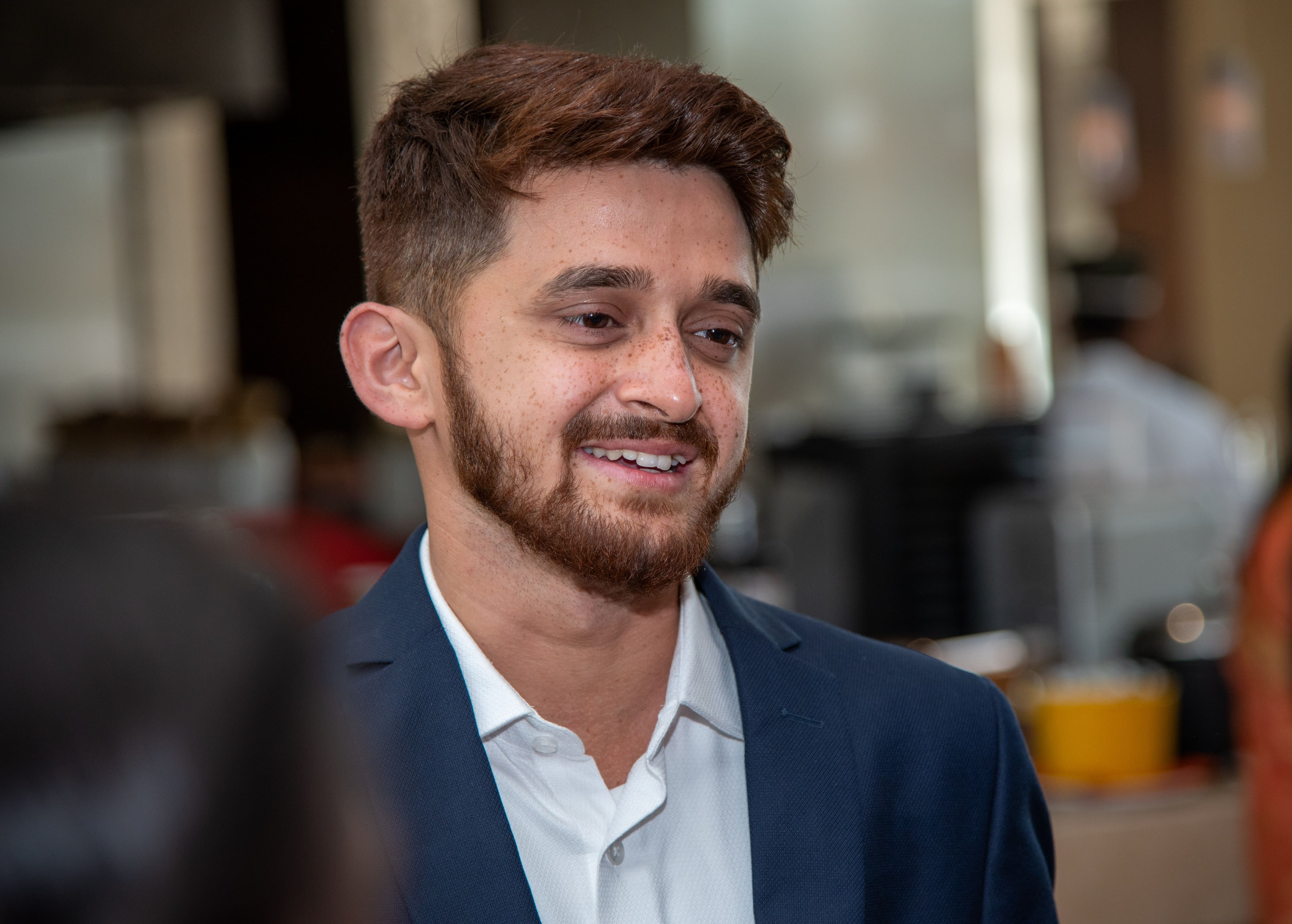 Author is currently working for Indian Oil Corporation Limited overlooking construction of Paradip-Haldia-Durgapur LPG Pipeline augmentation project with its extension upto Muzaffarpur and Patna. Author has recently been part of the team commissioning 318 km of this pipeline project from Banka Bottling Plant to Giddha Bottling Plant, both in Bihar, and dedicated it to the Nation. Author is also an amateur astrophotography enthusiast with two telescopes. He has been observing night sky for past 3 years, following and clicking some images of objects like planets and moons in our Solar System, Nebulas, other galaxies, The Sun, The International Space Station, etc. 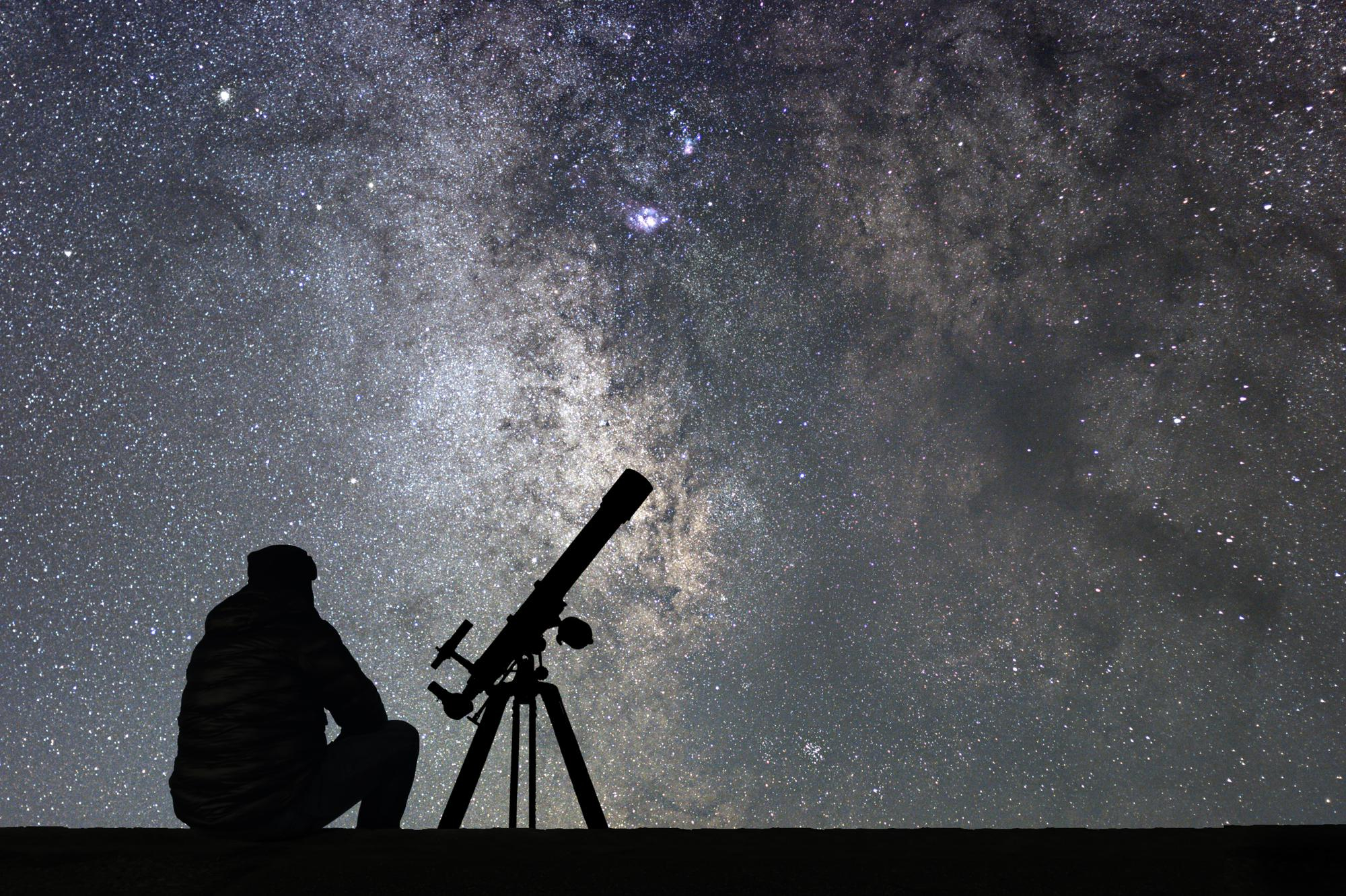 Working as a construction engineer looking after laying of critical cross country LPG pipeline can be tiring for one’s body and for one’s mind too. Star gazing in peace has always found me relief. But with technological advancements reaching every village, the night sky has become polluted and not many constellations can be seen through naked eye. Getting a telescope opened a Pandora’s box. Looking at the cosmic events unfolding through one’s own eyes is really magical. To be able to see the details of planets like Jupiter and Saturn live, or rather delayed by a few minutes (owing to travel time take by light) is truly amazing. Watching the nebulas, the birth place of stars to watching comets leaves oneself in awe. Trailing the moon and its phases, exploring its mountains and valleys and seas that have been walked upon by few at closeness is magnificent. The purpose of this article is to encourage youngsters or anyone with passion for astronomy and to show the ease with which that passion can be taken up.

Astrophotography is an art where one needs dedication and patience to obtain good results. It is different for different class of celestial objects. For intra solar system objects like Moon, Satellites, Planets, Comets and obviously The Sun requires less investment and specialised instruments as compared to Nebulas or galaxies like Andromeda and other far off objects.

A good starting tool for stargazing in offbeat location where light pollution is less, is a pair binoculars, whereas for cities, a basic Refractor Telescope (costing 8-15k) is good. With these one can easily spot craters on moon, Jupiter and its four distinctly visible moons, rings of Saturn, a comet passing by, etc. For Sun, a filter is required to avoid any damage to eye. Going for a bigger telescope in budget, a dobsonian telescope (costing 30k onwards) is best. With this, one can see the cloud bands and storms on Jupiter, watch the rings of Saturn wobble over days. 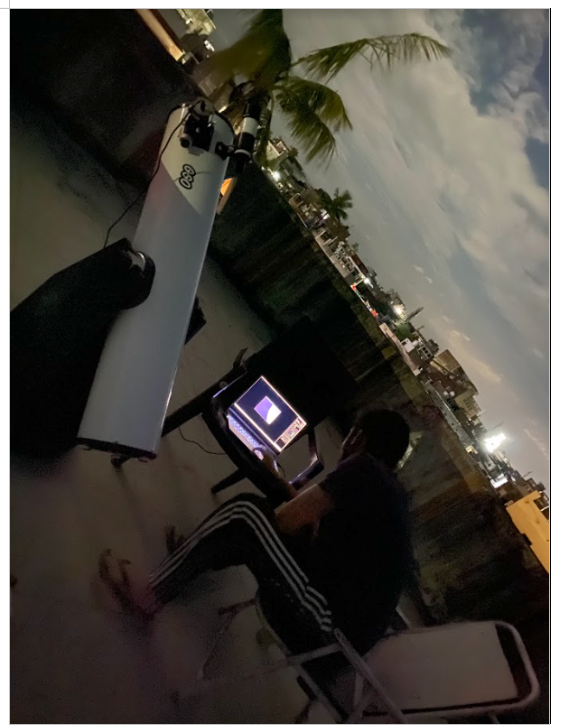 An 8" dobsonian used to observe moon and planets at terrace in Begusarai, Bihar. You can see the city light pollution lighting up the night.

The night sky is a very happening place, ever-changing, beautiful and intriguing. We know very well about major objects in night sky. With respect to us on earth, every object follows different routines and many events are available to be observed throughout the year.

The Sun has many colder regions (with respect to sun) which are visible to us as darker spots on the surface of sun. Observing sun is in fact amongst the most difficult tasks and we need extra filters and patience to observe the changes occurring on the hot ball of plasma. 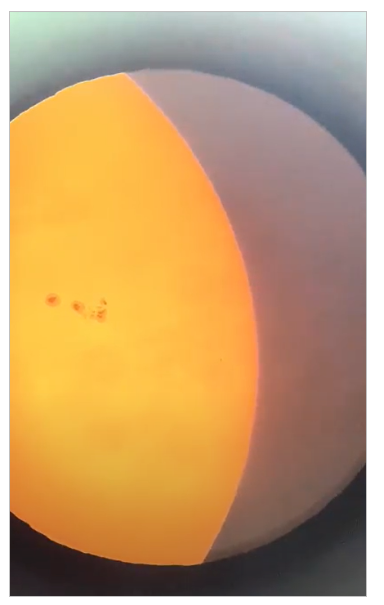 Sunspots as visible from the eye piece of the telescope. This was viewed using a special solar filter.

When viewing the partial moon, the line dividing the dark and lit part is called as terminator. The region near terminator is the place where sun’s rays are slant and thus the shadows are formed and we can observe various mountains, valleys and craters easily. 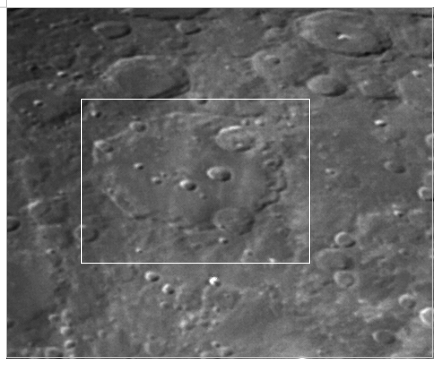 This image shows one of the most beautiful craters on the surface of the moon. Located near the South Pole of Moon and called Clavius crater, it is famous for five craters inside it in a spiral shape. This image is superposition of 453 frames.

The mountain ranges on moon are shown here. The dark grey portions are the seas on the moon which have huge deposits of Titanium. 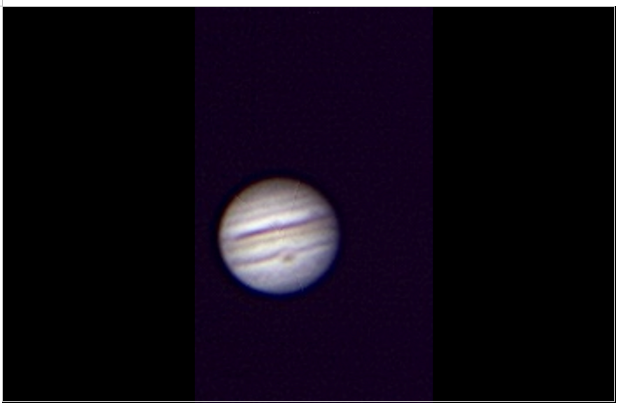 This image of Jupiter is a superposition of 13000+ frames, taken in over 3 hours. Here, the wind bands of Jupiter are clearly visible along with The Great Red Spot (in center, just south of Equator). The V cut denotes the absence of few pixels in that area. Being so far away, the camera lens is able to capture very few pixels in each frame, thus necessitating capture of huge number of frames to obtain a good image.

Although clearer image can be obtained with the help of a more powerful camera, but looking through the eyepiece, the tiny storms in white band just above equator is always visible clearly. The light coloured bands are called as zones and they have higher concentration of Ammonia, are near to poles where as the dark coloured bands are called belts and have low concentration of ammonia are near the equator. Jupiter’s atmosphere is an ever changing place, owing to its fast rotation in just over 9hours compared to earth’s 24 hours. The changes are easily observed over a single observation session, about 2-3 hours, with the 4 visible moons revolving around it. An interesting fact about Jupiter is that, Jupiter is the reason that Earth is habitable as it deflects the randomly moving debris and rocks from outer solar system and from outside also, from hitting the inner solar system planets, including Earth. The massive gravitational field attracts the small rocks and most of them gets stuck in the Langrangian points of Jupiter’s orbit. 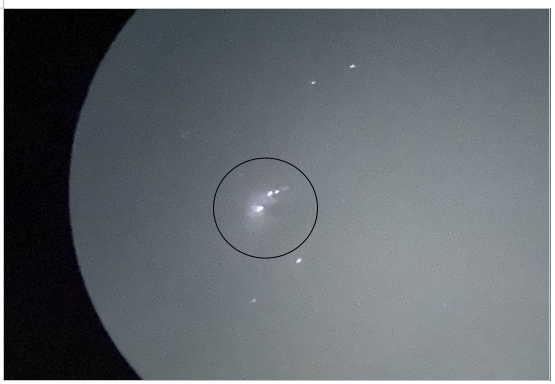 The blue dust like object visible in the above image is the famous Orion’s Nebula. It is a stellar nursery where about 700 stars are being born currently. This nebula lies in Milky Way galaxy and is visible to naked eye at places where light pollution is minimal. Shapes of nebulas keep changing with star formation as every star while being born emits massive streams of charged particles.

The passion in astronomy can be pursued being at home with little investment and is a field of enormous depth and possible exploration. Many amateur astronomers have been given honours for their discovery of previously unknown objects. This is a field that keeps on giving endlessly and there’s a new learning each time one points the telescope towards the vast emptiness of the sky, which in fact is filled with amazing objects. One can even say that this provides one of the best getaway from tensity and helps wake up rejuvenated the next day.

Note: All the pictures shown are taken by the Author over last 2 years.